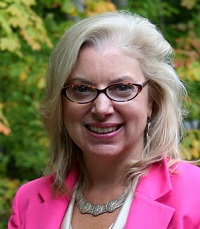 Solomons combines extensive experience with a longstanding commitment to the Saratoga region. The Saratoga Springs resident served for more than two decades in positions of increasing responsibility at Skidmore College, where she developed and expanded the donor relations program, set fundraising records and laid the foundation for continued growth.

“Mary is a seasoned development professional with decades of proven donor relations experience right here in Saratoga Springs,” Saratoga Hospital President and CEO Angelo Calbone said. “Her intrinsic knowledge of our community and expertise in stewardship and events will prove invaluable as we continue to grow our foundation and strengthen our community engagement efforts.”

An accomplished writer and speaker, Solomons shares her expertise at conferences, seminars and via webinars. She has served on the boards of the Saratoga County Arts Council, Saratoga Springs Preservation Foundation and the Association of Donor Relations Professionals. She is a graduate of Wellesley College in Massachusetts.