A group of prominent women who were determined to meet their community’s desperate need for medical care founded Saratoga Hospital in the late 19th century. Back then, despite its popularity as a “water cure” destination, Saratoga Springs did not have a hospital. Instead, injuries and other emergencies were treated in a room in police headquarters.iPhone spy 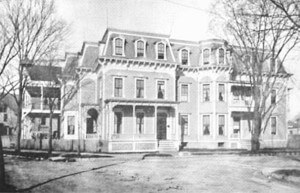 Records indicate that the “police hospital” was used every few months in 1890 and 1891, and that at least one man died there. At about the same time, the group of women began meeting to plan a more fitting replacement for the inadequate facility. On December 11, 1891, five of them signed the certificate of incorporation for Saratoga Emergency Hospital, the organization that ultimately would become Saratoga County's leading healthcare provider.

During the more than 120 years since, Saratoga Hospital has remained true to the vision of its founders, keeping pace with the changing needs of the community to ensure its continued good health and exceptional quality of life.

Flower and Fruit Mission is established to support maternity services and provide other charitable assistance.

Saratoga Hospital Guild is founded to foster better relations between the Hospital and the community.

New, four-story C wing opens, increasing the size of the Hospital by 150 percent.

Hospital breaks ground for $21 million expansion, including new construction and demolition of A and B wings.

Hospital is first in the Capital Region to earn Magnet® recognition for nursing excellence from the American Nurses Credentialing Center.

Multispecialty Saratoga Hospital Medical Group is established. By 2019, group expands to include more than 250 providers in over 30 specialties at 20+ locations.

Saratoga Hospital affiliates with Albany Medical Center; with Columbia Memorial Hospital is one of three hospitals in the Albany Med system. A fourth affiliate, Glens Falls Hospital, joins the system in 2020.