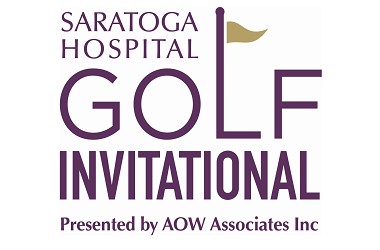 enduring commitment to nursing education here at Saratoga Hospital,” said Mary Solomons, executive director of Saratoga Hospital Foundation. “In a year of challenges and change, the tournament exceeded what was raised in 2019. The hard work of our volunteer committee and the generous support of this community provided funding for 53 nursing scholarship awards this year.”

Nursing education is one of the best ways to ensure high-quality patient care and plays a key role in maintaining Magnet® recognition for nursing excellence from the American Nurses Credentialing Center—the highest honor an organization can receive for professional nursing practice.

The first in the Capital Region to become a Magnet organization, Saratoga Hospital has maintained the designation since 2004. In August, the hospital earned Magnet recognition for the fourth consecutive time. Approximately 8% of U.S. hospitals have been awarded Magnet recognition, and less than 2% have earned the distinction four or more times.

“In an unprecedented year, and with unparalleled demands on the nursing profession, community support for the Golf Invitational and our Nursing Scholarship Program is indispensable,” said Mary Jo LaPosta, chief nursing officer and senior vice president of patient care and organizational excellence at Saratoga Hospital. “The commitment to education made possible because of this event benefits our nurses and every patient they care for.”

Since the scholarship program was launched in 2002, 135 recipients have earned their associate’s, bachelor’s or master’s degree in nursing.