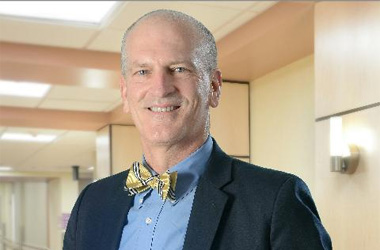 Most recently, Holland was in practice at the Glens Falls Hospital Center for Occupational Health. Early in his career, he was on the medical staff at Saratoga Hospital, “so this move is like coming home again,” he said.

In his new role, Holland oversees a comprehensive occupational medicine program that meets the needs of area businesses and their employees. Services focus on workplace health and safety, with an emphasis on prevention. Holland also heads up similar services for Saratoga Hospital and its employees.

“Dr. Holland has extensive experience, impressive knowledge and impeccable credentials. Equally important, he has earned the respect, trust and admiration of colleagues, clients and patients. That makes him an ideal choice to fill this increasingly important role,” said Dr. Richard Falivena, vice president and chief medical and physician integration officer at Saratoga Hospital. “We are thrilled to have him back on the Saratoga Hospital team.”

Holland is a clinical professor of emergency medicine, on the faculty of the Medical Toxicology Fellowship Training Program, and a consulting medical toxicologist at the Upstate New York Poison Center, all at SUNY Upstate Medical University in Syracuse. He also is a senior medical toxicologist at the Center for Toxicology and Environmental Health in Little Rock, Arkansas, and has served on the American Industrial Hygiene Association Emergency Response Planning Committee for 14 years.

A graduate of Medical College of Pennsylvania (now Drexel University College of Medicine), Holland completed an internship at the University of Hawaii School of Medicine and a residency at Robert Wood Johnson University Hospital in New Jersey.

For more information on occupational medicine services at Saratoga Hospital, go to www.saratogahospital.org.

Peter Hopper
Director, Marketing and Communications
518.583.8679
phopper@saratogahospital.org
19 Jun 2019
PREV
NEXT
Back to top