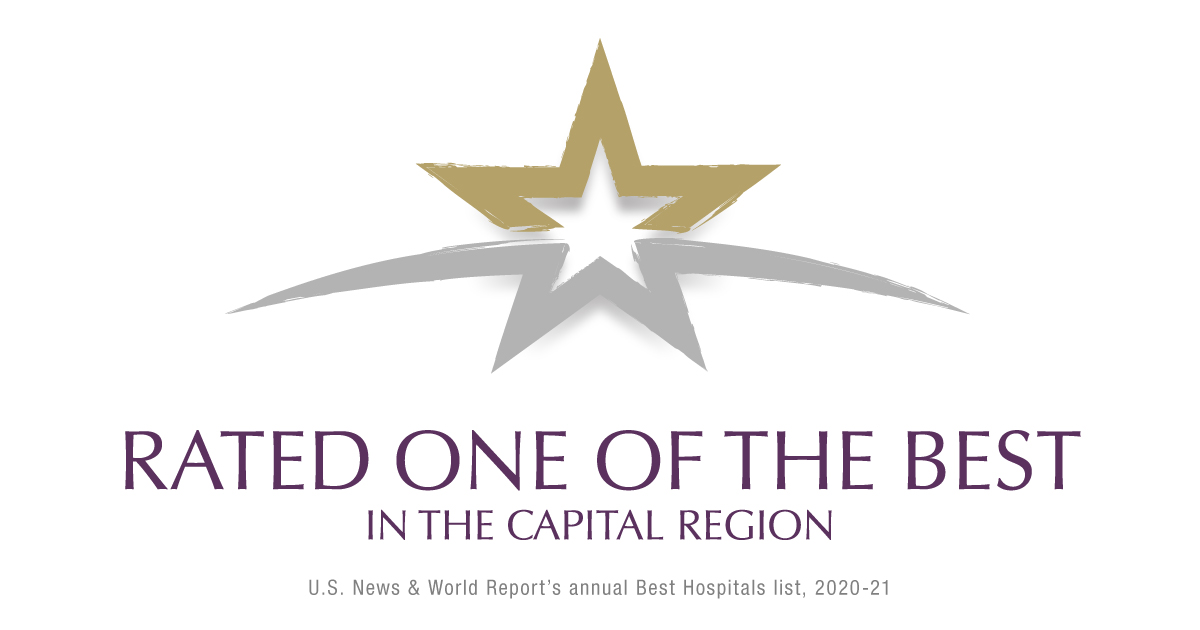 SARATOGA SPRINGS, N.Y., July 30, 2020—Saratoga Hospital has once again been named a Best Regional Hospital by U.S. News & World Report, taking the top spot in Northern New York and ranking third in the Albany region for 2020-2021.

“This ‘best’ designation is a tribute to every member of our organization—their skills, their overriding commitment to quality, and their passion for serving this community,” said Angelo Calbone, Saratoga Hospital president and CEO. “During these uncertain and challenging times, the U.S. News recognition is yet another reminder that, in Saratoga Hospital, our community has a safe place to turn for exceptional care.”

For the 2020-2021 rankings and ratings, U.S. News evaluated more than 4,500 hospitals and medical centers nationwide in 16 specialties, 10 procedures and conditions. Of those facilities, 560—less than 14%—earned the “best” designation. Saratoga Hospital also received the designation in 2018-2019.

In rankings by state and metro area, U.S. News recognized best regional hospitals based on high-performing rankings across multiple areas of care. Methodologies are based largely on objective measures such as risk-adjusted survival and discharge-to-home rates, volume, quality of nursing and other care-related indicators.