More than 300 golfers and guests turned out for the annual event, which was held at Saratoga National Golf Club last week. Presenting sponsor was A.O.W. Associates, Inc. of Albany. 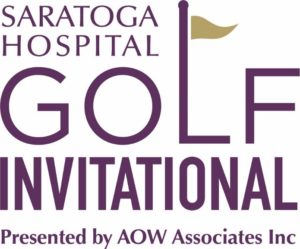 Since the scholarship program was launched in 2002, 127 recipients have earned their associate’s, bachelor’s or master’s degree in nursing. Another 36 are working toward their degree.

“Investing in nursing education is one of the best ways to ensure that we continue to provide the high-quality patient care our community deserves,” said Mary Jo LaPosta, chief nursing officer and senior vice president of patient care and organizational excellence at Saratoga Hospital. “On behalf of our nurses and our patients, we extend our thanks to the very generous sponsors of this event.”

Saratoga Hospital has been a Magnet facility since 2004, when the hospital became the first in the Capital Region to attain this designation. Only 28 of New York’s 222 hospitals have earned Magnet recognition, including two in the Capital Region. Nationwide, there are 488 Magnet hospitals.

“Community support for our nurses—and our Golf Invitational—is extraordinary,” said Meredith Woolford, executive director of Saratoga Hospital Foundation. “Every year, business and community leaders, golfers and volunteers turn out in force to help us provide the continuing education that benefits our nurses and every patient they care for.”