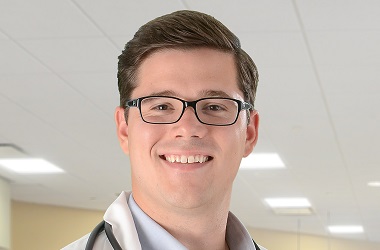 “Primary care providers play a more critical role than ever in ensuring both patient and community health. On issues such as vaping and opioid addiction, increasingly primary care providers are taking the lead in our community response,” said Dr. David Mastrianni, senior vice president, Saratoga Hospital Medical Group. “We are committed to growing our primary care practices by recruiting and retaining physicians, like Dr. Novakovic, who share our dedication to patient- and community-focused care.”

Born and raised in the Capital Region, Novakovic comes to Saratoga Hospital after completing an internship and residency at Ellis Medicine in Schenectady. He was drawn to primary care early in his education, calling it “a privilege to care for the entire patient and build long-term doctor-patient relationships.”

Novakovic has a research interest in diabetes and obesity, two conditions that have a significant impact on community health.